Cancer doesn’t take nights off. To help beat the disease, the Netherlands Cancer Institute, rated one of the top 10 comprehensive cancer centers in the world, is using virtualization to have its IT infrastructure work the late shift, as well.

The NKI, which consists of both research facilities and cancer clinics, has dual goals: to accelerate research, while also improving the efficiency and productivity of its physicians.

During the day, this virtual desktop infrastructure provides healthcare professionals with fast, flexible and secure access to patient data. At night, researchers use the same VDI platform to run computationally intensive GPU workloads.

With this high-performance yet flexible IT infrastructure, healthcare professionals can spend more time focusing on patients, while researchers can advance breakthroughs in cancer treatment.

Before NKI moved to a virtualized platform, doctors would handle patient data the old-fashioned way: working on physical desktops that stored local apps and information. The doctors would need to go to computer labs, manually log into the system, and open applications up to 20 times a day, a tedious and time-consuming process.

Maintenance and security were challenging. A few times PCs had been stolen, so NKI wanted better security to protect sensitive patient information and research data.

With VDI, physicians can move around the hospital more freely. With workstations available in each room, they can log into a virtual desktop session in one part of the hospital, then easily move to another area and get right back into their session with a swipe of their badge.

This ability to quickly switch allows NKI’s healthcare professionals to work much faster and more efficiently, providing clinicians with greater flexibility to move from one patient to another.

The VDI platform also stores all data in a safe, central environment rather than individual devices. Doctors and nurses who can securely access apps and information on mobile phones, tablets, at home or on the road.

NKI’s new infrastructure is made up of 78 HPE servers, each with three NVIDIA T4 GPUs, to provide doctors and researchers with massive GPU power for computations like DNA or image analysis.

Its clinics are busiest during the day. But most users log off in the evening, freeing up a majority of the GPU resources for cancer research. With virtualization, researchers can repurpose the T4 GPUs that aren’t in use for running complex compute workloads at night.

“Before, it would take a week for researchers to get their photos analyzed at an imaging facility,” said Roel Sijstermans, IT manager at NKI. “With the new virtual GPU infrastructure, we can send the pictures in the evening and the images will be finished by the morning.”

With data being processed overnight, researchers can analyze breast cancer tumors or increase image quality at a faster rate than before, giving doctors more time to plan their care for patients.

Register now for GTC Digital to learn more about the Netherlands Cancer Institute and how virtualization is changing the future of healthcare.

As AI Universe Keeps Expanding, NVIDIA CEO Lays Out Plan to Accelerate All of It 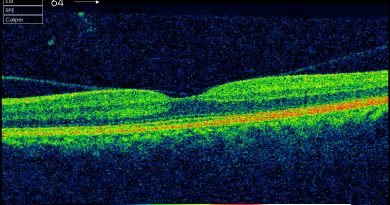 The Sims Will Be Getting Its Own Reality TV Show

Google Cloud wants to make open source better than ever

How to advance Black leaders in martech

E-bike or electric scooter: Which is right for you?