The morning after one of Uber’s biggest investors sued former CEO Travis Kalanick for fraud, a set of other investors said they wanted that investor out, marking another wild turn for the company’s leadership.

Shervin Pishevar, joined by Ron Burkle of Yucaipa Companies and Adam Leber of Maverick, sent an email on Friday to Uber investors and leaders requesting that venture capital firm Benchmark Capital give up its board seat and appointment rights because of the complaint alleging Kalanick of gross mismanagement and other misconduct at the embattled San Francisco company.

The group of shareholders, led by Pishevar, want Benchmark’s board representative to step down and the firm to divest at least 75 percent of its shares in order to lose the right to make board appointments, according to the emailobtained by The Verge.

“Benchmark’s investment of $ 27M is worth $ 8.4 billion today and you are suing the founder, the company and the employees who worked so hard to create such unprecedented value,” the email read.

The group said the suit would impede the process of raising funds, as well as the continued search for a new CEO, and that a “symbolic Board of Directors vote” would be called for at Friday’sboard meeting.

Benchmark’s suit alleges Kalanick had packed the Uber board of directors with allies that could eventually lead him back to the CEO post after his June resignation. The firm is suing to have a June 2016 vote that added three board seats to be invalidated, which would remove Kalanick from the board.

Meanwhile, Pishevar is seeking other investors to come to his side to remove Benchmark Capital, according to the email, stating others are already interested in buying the shares the firm must divest. 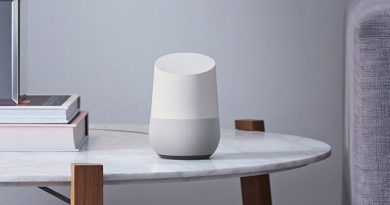 Google Home More Accurate Than Alexa At Answering Your Questions

Microsoft Outlook, Office 365, Teams, and more are experiencing an outage

Some Microsoft services, including Outlook, Office 365, and Microsoft Teams, are currently experiencing an outage, according to Microsoft’s Office status

The TikTok download ban ‘would be devastating,’ attorneys argue in court

Misinformation is everywhere online — and it’s hard to decipher. But confronting your friends and family after you’ve seen them

How to bring more value to your email marketing