The new Samsung Galaxy Buds Plus won't come with the noise cancellation according to a report by SamMobile, suggesting that the second-gen true wireless earbuds won't be as big an upgrade as we were hoping for.

This is the second source to suggest that the buds won't feature noise cancellation or noise reduction, after prolific tech leaker @UniverseIce claimed as much in early January.

It's not all bad news, though. Rumored to launch alongside the Galaxy S11 on February 11, the Galaxy Buds Plus will reportedly boast a much longer battery life than their predecessors, at 12 hours from a single charge.

An FCC filing for the new buds revealed that they'll use 300mAh batteries, while the charging case will use 600mAk batteries; the original Galaxy Buds used 150mAh and 300mAh batteries respectively.

Why no noise cancellation?

Considering that noise cancellation is increasingly found in true wireless earbuds, it's a little surprising that Samsung would choose to eschew this feature – particularly as the brand's biggest rival Apple, furnished the AirPods Pro with noise-cancelling tech.

It's not as though the hardware isn't there – the Galaxy Buds Plus will reportedly contain four microphones, double that of the original Galaxy Buds. However, according to Sam Mobile, those microphones will likely be used to improve on the call quality, rather than pick up on and reduce environmental sound.

It's possible that Samsung is planning to release a more premium version of the Galaxy Buds Plus in the future, which come with noise cancellation – this would allow the brand to offer two models at different price points, much as Apple does with the original AirPods and AirPods Pro.

It's worth bearing in mind that this information hasn't been confirmed by Samsung; it's not even certain that the buds will turn up at the Samsung Unpacked event on February 11, but hopefully we'll see them alongside the Galaxy S11 (or Galaxy S20, as rumors increasingly suggest it'll be called) and the Galaxy Fold 2. 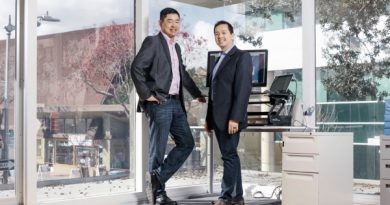 The Touryst is a bite-sized, open-world vacation game

Why focusing on martech is too myopic