One of the appealing aspects of Nintendo’s Mario Kart series is the ability to play against your friends and other people around the world. Unfortunately, multiplayer was one the features that was missing when Nintendo launched Mario Kart Tour, which for those unfamiliar is the mobile version of the game.

Well, the good news is that if multiplayer is something you think that the mobile game is lacking, you’ll be pleased to learn that Nintendo has since announced that they will launching an update for the game this coming March which will finally bring multiplayer to Mario Kart Tour. The date has been set for the 8th of March, 2020 at 8PM PT.

Previously, gamers of Mario Kart Tour had to play against AI that used names that made it seem like they were real players. While it is still a fun game even with AI, playing with real life players is no doubt more fun and adds a degree of challenge due to the unpredictability of playing against humans.

Multiplayer for #MarioKartTour comes out on Mar. 8, 8 PM PT! You can compete against seven other players, whether they’re in-game friends, nearby, or around the world. Are you ready to play? pic.twitter.com/IRwBONq560

For those following Mario Kart Tour related news, this shouldn’t really come as a surprise. This is because Nintendo had been testing out the feature for the past month or so, so it looks like the company is now finally done with the testing and is ready to release it to the masses, so do keep an eye out for it if this sounds like something you might be interested in. 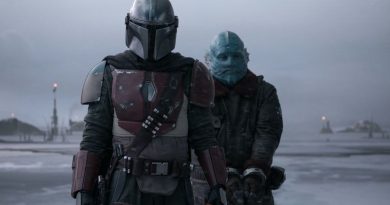 More Confirmation That The iPhone 12 Will Not Ship With Accessories

When you buy a smartphone, you can reasonably expect that it will come with a pair of earphones and also

Facebook Ads boycott: What will be the measure of success?

YouTube TV raises price another $15, so I’m cancelling my subscription