Video editing software is generally seen as being expensive – and not without reason. There are certainly lots of costly editors out there, but there are also free options for amateur movie-makers of all levels.

Our top-rated video editor is packed with professional level features and is astonishingly easy to use, but all the software we’ve rated here does a good job of balancing power, flexibility and convenience. Perhaps your needs are very basic and you simply want to trim unwanted sections out of footage you record. Alternatively, you might like the idea of getting a little more adventurous and playing around with filters and special effects in a bid to create a masterpiece. We’ve got both scenarios covered – and everything featured here is free.

Professional results for everyone – the best free editor around

In the world of photo editors, GIMP is held up as the finest example of free software in existence, and when it comes to video editors the same accolade could be given to Lightworks. This is far much more than just a free, basic video editor – it’s been used to create real, big-name movies. It really is that impressive and powerful. As you would expect for such a powerhouse, this is not an application you are going to learn or master overnight, but that’s certainly not something you could hold against it.

Lightworks is described as the professional editor for everyone, and we reckon that’s a fair summary. Despite its power, it will run well on fairly modest hardware, and it handles video capture and editing with aplomb. If you’ve tried other editing tools you’ll probably find that the interface is a little different to anything you’re used to, but you can arrange the various controls and windows to create something that suits your way of working.

Simple to use, even for complete newcomers to the art of movie-making

Video editors have a tendency to be either simple to use and limited in terms of features, or powerful and time-consuming to learn. VideoPad Video Editor does an excellent job of straddling both camps, falling into the rare category of being a powerful video editor that you can easily find your way around even if you’ve never used anything similar in the past. This ease of use plays a very big part in the program’s appeal, but it also comes highly recommended because of the sheer range of tools it has on offer.

VideoPad Video Editor may not be quite as feature-packed as Lightworks, but it’s much easier to just jump straight into. You can work with video footage that’s already on your hard drive, or capture from your connected camcorder, and you then have access to a plethora of video and audio editing tools (effects, transitions, sequencing and more), the likes of which would not be out of place in a professional tool.

Less accessible than some free editors, but your patience will be rewarded

Shotcut is another professional-feeling editor that requires a little patience if you are achieve the results it is so capable of delivering. The slightly unusual interface can be put down to the fact that this started life as a Linux application, and little has changed in its conversion to Windows. To start with, the layout of the interface may seem a little stark as you will need to not only load a video, but also choose which editing mode you would like to work in and which tools you’d like to use.

There’s no getting away from the fact that Shotcot has a steep learning curve. It’s possible to achieve some impressive results by simply applying one of the many available filters to your video, but the real rewards will only be reaped by those willing to invest the time and energy in fully getting to grips with what’s on offer.

A non-linear editor stacked with tools and filters

Despite VSDC Free Video Editor’s proclamation that it features a "modern and highly intuitive interface", you might feel slightly intimidated by it at first. There’s a huge array of effects and filters to work with to enhance your footage, and while there’s a wizard on hand to help you to import footage into the program, you’re soon left on your own.

This is a shame because VSDC is highly capable, and can yield superb results. As a non-linear video editor, it works in rather a different way to many other similar tools, letting you position video clips and other elements on the timeline wherever you like and edit them there. This approach makes VSDC incredibly powerful and enables you to achieve results that would be impossible with other software, but a little guidance or better labelling would be welcomed.

With the ability to not only work with multiple scenes and transitions, but also to add sprites and text to videos, you can create a professional-quality movie if you’re willing to stick with VSDC’s slightly odd way of working and unusual interface.

An accessible collection of all the most important editing tools

One thing to understand about Avidemux from the outset is that it is not going to help you create the next Star Wars or to become a master movie producer. Rather it’s a set of essential tools for everyday editing covering all of the basics such as converting between formats, trimming footage, appending one clip to another, and applying filters and effects.

While Avidemux doesn’t offer the most extensive feature set, it’s not a pared-back Windows Movie Maker style affair either. You might have to go hunting for some of the more advanced options, and using them may require you to look at some of the many online tutorials written by its community of users. There’s also a handy quickstart guide to get you rolling if you’re totally new to video editing. If you can’t see a tool you need, Avidemux is also expandable via plugins that add features like subtitles and watermarks.

Avidemux takes some getting used to, but the results are well worth it, 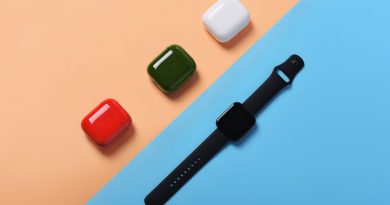 You haven't got long left to claim one of the very best VPN deals on the market right now. One

US tech execs have dumped $3.6 billion in company stock this month

Stock markets are floundering in the wake of the coronavirus (COVID-19) pandemic, and while many are stuck assessing its long-term

How Yamaha changed its tune with its digital transformation strategy