Facebook’s Live Videos tend to see higher levels of engagement than pre-recorded videos and now Facebook is aiming to bring more of that interaction to any video with Watch Party. After testing began on January 17 with a small group of users, Facebook officially launched Watch Party worldwide on Wednesday, July 25. Watch Party allows Facebook Groups to watch videos together, with all of the viewers tuned in to the same spot in the video.

Watch Party is designed to bring some of the same interactions that come from watching the same live moment simultaneously with other users — only the feature works with both Live and pre-recorded videos. Inside the new feature, the Group administrator chooses a video and a time. With group participants watching at the same time, members can chat through the comments or use reaction tools, much like watching a Live video.

With the full launch of the feature for Groups, Facebook says its now testing the tool outside Groups, including Watch Party for Pages and friends outside of Groups. “We believe that if people can start a Watch Party directly from their profile or from a video they’re watching, the experience of watching video on Facebook can become even more fun and social,” Erin Connolly, a Facebook Product Manager, wrote in a blog post.

With the feature out of testing, Watch Party also gains two new tools. Co-hosting allows the Group administrator to designate other members that can start a Watch Party, while crowdsourcing allows Group members to suggest a video for a Watch Party.

Facebook has been steadily improving video features as the content type continues to drive higher engagement levels, but the announcement for the Watch party tests came shortly after Facebook CEO Mark Zuckerberg pledged to enhance personal connections on Facebook by prioritizing posts from friends in the News Feed. Facebook Watch Party has a similar goal of increasing interaction among group members over shared content.

Last year, Facebook continued to attempt to increase interaction on Live videos by allowing friends to have a separate chat during the video, rather than commenting on the public feed. At the same time, the platform added picture-in-picture for going Live with a friend. Facebook Watch Party is designed to bring some of that same interaction by watching a video within a group at the same time, though that video doesn’t necessarily have to be live.

To celebrate the launch, a number of groups are holding a Weekend Watch Party between July 27 and 29. The full list of Groups participating is available from Facebook’s blog post. 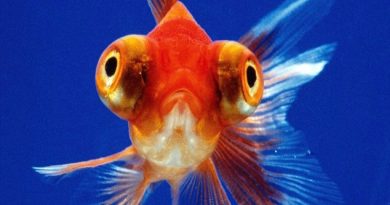 Until data is misused, Facebook’s breach will be forgotten

The Sims Will Be Getting Its Own Reality TV Show

Google Cloud wants to make open source better than ever

How to advance Black leaders in martech

E-bike or electric scooter: Which is right for you?